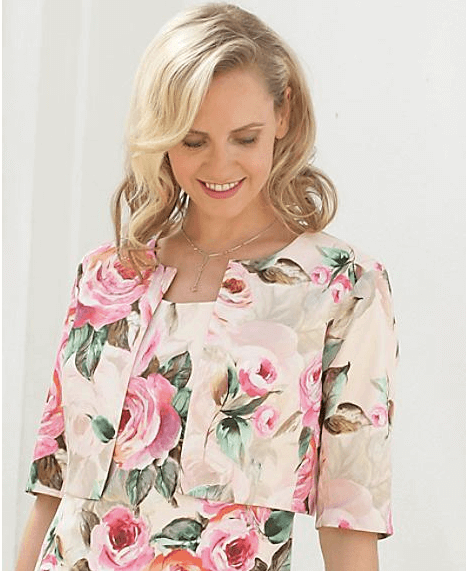 Because your wedding is the mother of all occasions after all!

When Wills & Kate got spliced in 2011, I was working on a bridal magazine so everything to do with the Royal Wedding was BIG news. One thing I remember really clearly (apart from the fuss about Pippa’s patootie) was how suddenly every MOB-to-be under the sun was in awe of Carole Middleton. So much so, that many were even considering surgery! Well, I reckon the ‘Carole Middleton Effect’ would have hit again following Pippa’s wedding. There she was, resplendent in Catherine Walker & Co pale pink and a picture of polished elegance. Apparently, leading up to the Big Day she undertook a strict diet and fitness plan, booked in for regular Linda Meredith facials (I’ve had one of those) along with hair appointments at Richard Ward (I’ve had loads of those! Beyond brilliant.)

But back to your MOB, remember that she’s been dreaming of this day since you were born – or at least started wearing Disney Princess dresses. You’re not the only one who’s nervous about how you’ll look – she wants to WOW your guests too. If you think she’s got a few pre-wedding day jitters going on, here are some tips to help her look and feel a-mazing… 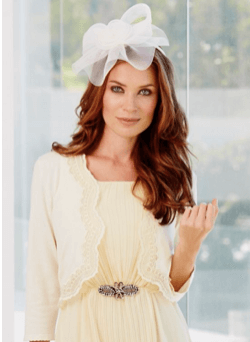 It’s important she chooses a style that suits her and makes her feel her best. She’s not auditioning for a role in a costume drama and there’s no MOB rule book that states she has to wear her hair up. If she’s dead-set on wearing a hat or a fascinator get her to practice wearing it beforehand to make sure it suits her face shape and hairstyle. It’s worth showing it to her hairdresser too. I remember talking hat hair to stylist Paul Edmonds once. He told me that the best styles to suit hats were half up/half down ones that gave the hat something to pin onto. He also added that hair trials for MOBs were worthwhile. Just as you’ve got your celeb pictures, get your mum to pull together some styles that she likes. Apart from that, it’s operation shine and condition at home then the final pro cut, colour and conditioning treatment just before W-day. On the day itself, a small brush and mini Elnett in her clutch will sort hat-off situations. 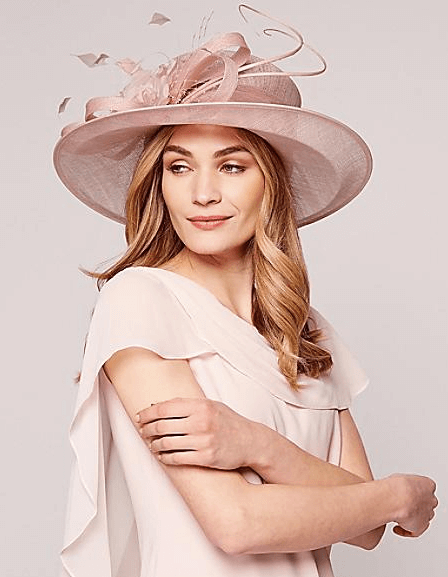 Imagine the guests who’ve never met her and think she’s your sister! Happy face for mum anyway! Beauty vlogger and founder of Look Fabulous Forever, Tricia Cusden, advises that your mum cracks on with a smart skin care routine up to three months before the Big Day. Before her own daughter’s wedding, Tricia herself indulged in a course of CACI treatments. Huh? They’re non-surgical hour-long treatments which stimulate the muscles with probes that plump and smooth the skin. If she’d rather DIY her way to radiance, she should…

Remembering my own mum’s anxieties about her make-up, (“It never stays on, I’ll look like Uncle Fester before the ceremony’s even over”) it might be worthwhile asking your own pro if they can spare some time to do your mum as well. Many make-up artists offer packages that include the MOB and sometimes the bridesmaids too.

Otherwise, if she’s flying solo with her make-up bag, why not take her for a butterfly-calming pre-wedding consultation at a beauty counter? I’ve road tested the on-counter makeovers at Bobbi Brown, MAC, Nars and Lancome over the years.

‘Older faces tend to lack colour and definition so make-up is vitally important to bring the face back to life,’ says Tricia. To stop your mum from fading into the background, invest in a primer and super-hydrating liquid foundation. My mum loves Elizabeth Arden’s Ceramide Lift and Firm Makeup SPF15, £32. It’s packed with wrinkle-muffling goodies and light diffusers that give her good glow. Creamy blushers will last longer than powder ones and stop her from looking washed out. With softly defined eyebrows, neutral eyeshadows, a flick of mascara (better make it waterproof) and some cocoa-coloured kohl, that’s her eyes sorted. Lip gloss won’t do her any favours so persuade her towards a brighter-than-normal shade of satin-finish lipstick. Need more inspo? Click onto Tricia’s how-to makeover video at…https://www.youtube.com/watch?v=S7AqK2v8PM8&t=594s

Other than that, a couple of other tips I’d pass on from my own mum’s experience of being a MOB are:
* Don’t leave it until the last minute to get her outfit sorted. We found my mum’s frock quite a while in advance. It allowed plenty of time for alterations – plus stopped her from panicking about having no time to find the right undies, shoes, bag, jewellery, lipstick…..
* Organising her appointments with still months to go – from the hairdresser and the manicurist to the dentist (!) really helped her relax. We also made time for a few mother/daughter bonding things – we love a day spa! Did someone say foot rub?
* pack some tissues

Thanks to Tricia for helping me out with this post. And to Kaleidoscope.co.uk for the pictures. They’ve got an amazing MOB range plus a really useful style guide which you can see here. Floor-length, jumpsuits or more traditional outfits, they’ve got them all, plus fascinators.

I really wanted my mum to feel her absolute best on my wedding day. Given that she was still spinning around the dance floor in the early hours, I reckon she did.

How is your mum feeling about your Big Day?