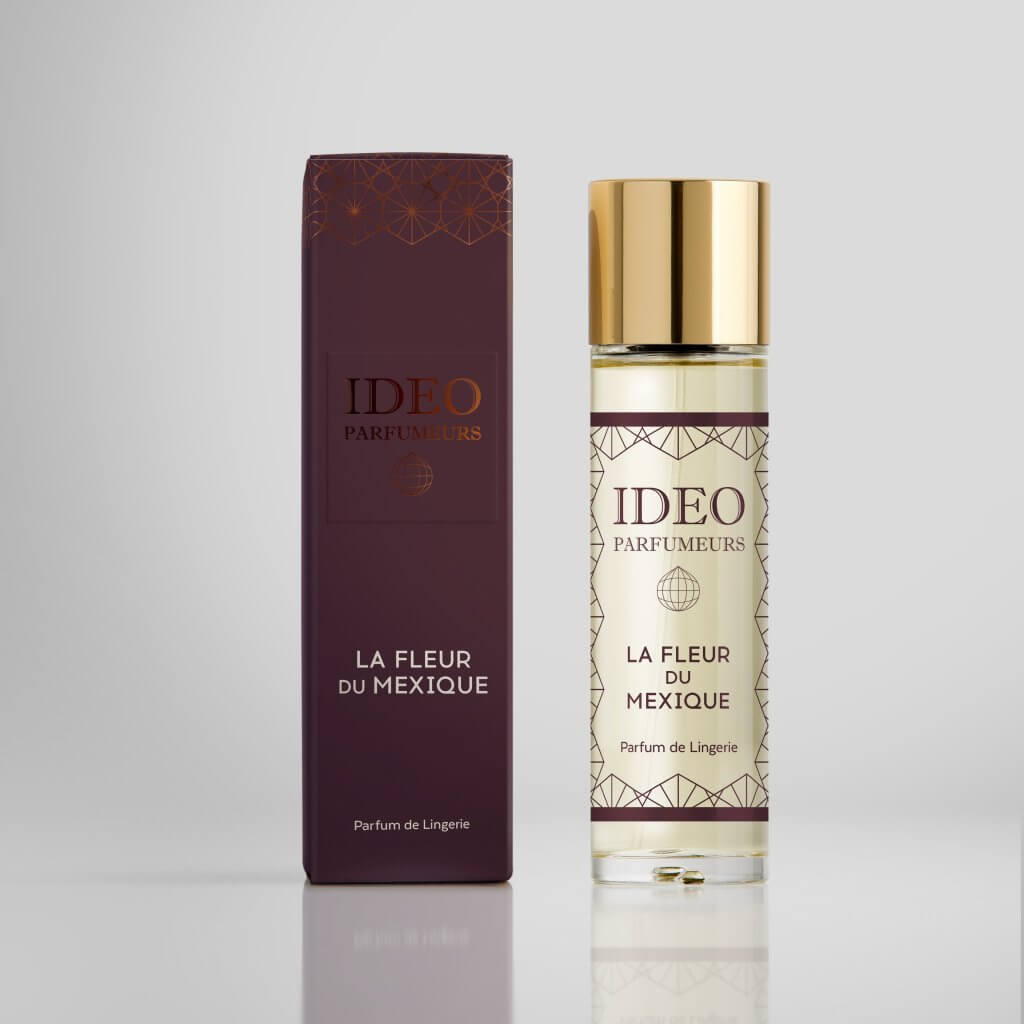 Want to hear how to sauce things up in the underwear department? Mist them with fragrance. Darn! I wish I’d thought of that for my wedding. I absolutely adored my Agent Provocateur Seraphina lingerie, but hints of sexy perfume rather than eau-de-gift-box would have been so much more gloriously indulgent… not to mention enticing.

I’ve always loved finding new ways to wear fragrance. A lot of my favourite moments on magazines were ones spent in the company of perfumers, listening in awe as they described scents and emotions; sniffing out how different notes reacted when spiked with another scent and devouring suggestions of new ways to wear them – in hems, (careful with the white dress) on backs of knees, hair, small of back etc…. I once got the opportunity to create my own fragrance, and to this day have never smelt anything else like it. It cemented the notes I love and the kind of fragrances I adore.

When I first read about the Perfumed Lingerie Sprays by IDEO Parfumeurs, my imagination was immediately ignited. For bridal lingerie? Bingo! What makes these fragrances special from just spritzing on your regular scent is that they’re alcohol-free, with just 12% concentration so there’s no risk of staining your smalls. And rather than your entire guest list being able to smell it across a crowded church, these are quieter, come-closer fragrances that gently cling to the fabric. You know it’s there, and so will your groom later on….

Even Goldilocks, and her level of pickiness won’t fail to be wooed by one of the scent trios, which cost £45 for each 50ml bottle. First up is Gibson Girls, mixing delicate white flowers with a warm, comforting cuddle of coumarin. Then there’s Rose de Grasse. Imagine being punch-drunk on roses. It oozes come-hither and let’s-forget-the-last-dance seduction. But my pick is Tuberose Mexique. And not just for the description from the creators which reads: (hold onto your hairdos for this one!)

“She accepted the invitation. He thought very highly of himself, and was acting the role. They both smiled. His was cocky, he thought he had won. Hers was shy, but she knew every trick in the book. He drove her in his fancy car as if he was doing this every other night.   He seemed so sure, she seemed so distant. But she had her secret charm. In the room, she undressed. Her tuberose perfume, voluptuous and warm, seized him. She had captured his senses. Little did he know this flower’s nickname; dangerous pleasures.”

Have I still got your attention or have I already lost you to www.roullierwhite.com. Why I fell hook, line and sinker was because beyond the expected first hit of floral richness, it pretty quickly softened to allow the snuggly creaminess of the tuberose to come through. I’ve been wearing it, not just on my lingerie, but spritzed on pillowcases and collars too. Okay, so honestly I’d say it’s not really a grab-him-out-of-his-fancy-car-and-make-whoopie-on-the-bonnet kinda fragrance. The raunchiness gets too hosed down for that. To me, it’s the epitome of romance. I love how it lingers delicately, but persistently. I wish it had been my saucy secret wedding love potion.

So…. when all the major to-do jobs have been ticked off your list and you’re free to think about the finer things, would you consider scented undies? I can’t wait to hear.